How did it start ?

Actually it started as a dare. Several friends got together around 1978 and decided that it would be fun to learn to ride horses so they joined a classical riding school. I on the other hand decided that I would learn to ride western by myself getting the information out of books available through the Western Horseman magazine. 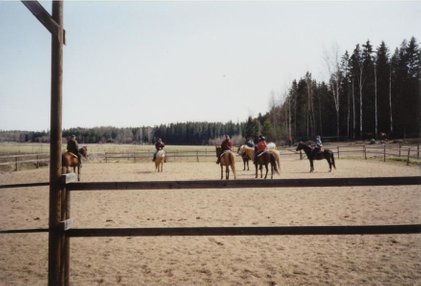 Where did it go from there ?

I got smarter and started riding western. I bought my first saddle in 1979 and my first horse in 1981. I became a true fanatic about the sport and started going to clinics and taking advice from trainers in Europe and the United States.
In 1982, I contributed to the creation of the Belgian Association of Western Riding (BAWR), first as public relations officer later as vice president and eventually as president till 1992. During that period I competed in the western sport nationally and internationally both as an amateur and later as an open competitor. Together with the BAWR I organized several national horse shows and some of the first American Quarter Horse Association (AQHA) and National Reining Horse Association (NRHA) approved reinings in Belgium.

Around about 1988 I became obsessed by reining and felt that something had to be done in order to put reining and the few Belgian reiners on the map. Within the BAWR, I started a separate promotion group that would follow the NRHA rules for reining. Jeff Delaet, Robert Tops, Walter Van Aken and I - as first committee members - created the Belgian Reining Promotion Group (BRPG), now NRHA Belgium. In the BRPG, my functions within the committee were first public relations officer, later for a short period treasurer and then eventually president until 1999. As the interest in reining grew the need to expand became imminent and we became one of the first NRHA affiliates in Europe. In the early nineteen nineties I hosted the first meeting in the Benelux with the representative from the International Reining Council (IRC). These were the first steps towards the recognition of the sport of reining within the Koninklijke Belgische Ruitersportfederatie (KBRSF), the national federation of equestrian sports in Belgium. In 1988 I joined the NRHA and in 1994 I passed my NRHA judges exam and became the second NRHA judge in Belgium. I have renewed my judges cards since then. To date I own a world wide judging privileges card from the NRHA and the Fédération Equestre Internationale (FEI), the international federation of equestrian sports, for the United Kingdom.

Since 1993 I have been active as a trainer, instructor and clinician. 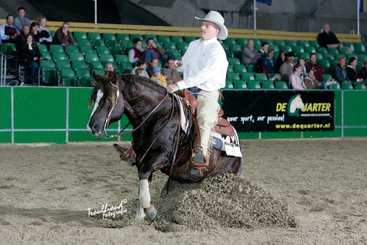 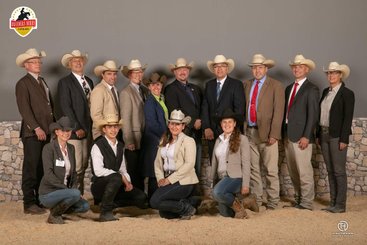 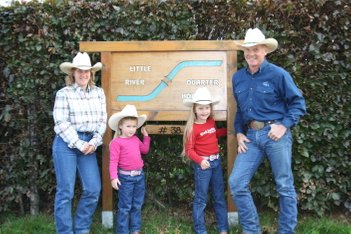 Today my wife Peggy, our daughters Emma & Caitlin and I own and operate our small training facility, Little River Quarter Horses, in Opvelp near Bierbeek.

We hope to continue the tradition of training horses for show or pleasure but foremost to set a positive example making sure that all newcomers to the sport get a correct impression of western riding.